You are logged in as a CMS user. X Return to Site Manager 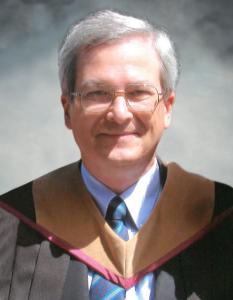 The Erindalian, the first campus newspaper, was founded in 1968 by Doug Leeies, with classmate Robert Rudolph.

Doug was part of the second graduating class in 1971 (BA) and was a dedicated Erindale student and alumnus. He earned an MBA from Western and returned to Erindale as a staff member, holding various positions spanning almost three decades at Erindale/UTM from August 1983 to September 2011.

Doug was known for his unwavering commitment to on-campus tours and events and recruiting for Erindale throughout Ontario and across the world. He always had great pride in his alma mater and it showed in the energy and enthusiasm he put into everything he did for the campus.

He completed his career as the Assistant Registrar, Student Success. He loved working with students and he will be remembered for his incredible stories and friendship.

Doug won the Arbor Award as well as the first Paul Fox Award in 1980.  He was a member of the UTM Alumni Association and his son graduated from UTM in 2011.

This is from the quartex-front-end repo.